The NFL in 2021 will be dominated by Aaron Rodgers and Tom Brady, like it was in the 2010s. There isn’t much room for personal development in a league that generates so much money each year.

Only two of the most notable tales in professional football in the last year were Brady’s accomplishment and Rodgers’ conflict. Indeed, there has been so much that a year in retrospect felt only right.

Aaron Rodgers and the cancel culture

The year 2021 for Aaron Rodgers — and by that, we mean the entire year, not just the season — may be divided into many segments. Then there was the NFC Championship Game loss in January. Rodgers’ alleged displeasure with the Packers’ management lingered all summer until he returned to the team on the eve of training camp.

Everything was well until early November, when Rodgers, who was yet to receive his jab, tested positive for COVID-19 and went on The Pat McAfee Show to explain himself. Rodgers’ statements about “cancel culture,” spreading misinformation about vaccinations, admitting he sought comments from podcast host Joe Rogan, and criticizing the NFL’s regulations months after claiming he’d been “immunized” against the virus triggered a viral outcry.

In his 18 amazing years as the leading quarterback for the Patriots, Brady never threw more than 40 touchdown passes. In two seasons with the Buccaneers, the 44-year-old has thrown 77 regular-season touchdowns against only 23 interceptions. The three-time NFL MVP is in terrific shape and a strong favorite with OddsShark.com to add a fourth to his impressive resume.

Most notably, he won his eighth Super Bowl in February and is guiding the Buccaneers to their second consecutive title. Brady, barring injury, will be the NFL’s oldest starting quarterback next season, yet he shows no signs of slowing down.

All of Urban Meyer Saga

Jacksonville Jaguars thought they had won the jackpot when they were handed the top seed in the 2021 NFL Draft. What began as a beautiful fantasy quickly devolved into a horror under Meyer’s watchful eye.

Here’s a short recap of Watson’s situation: From March 16 to April 14, he was the target of 23 lawsuits alleging sexual harassment and assault. Despite the fact that the Houston Police Department and the FBI are investigating him, he has yet to be criminally charged. According to ABC 13 in Houston, a court accepted requests to check Watson’s social media accounts, including Instagram and Cash App.

Watson is yet to play for the Texans this season, and his future in the league is still up in the air. It’s unclear whether the league will take action at a later date.

Bill Belichick and the Patriots turn-around

There were valid fears about Bill Belichick’s future in New England when the Patriots slipped to 2-4 in mid-October. The eight-time Super Bowl champion is back in contention for Coach of the Year after a two-month absence.

Jones’ skill at quarterback (67.2 completion percent and 18 touchdowns to 12 interceptions) and a strong defense give the Patriots a tremendous opportunity to win the AFC East again. So much for Belichick’s intentions to retire at the end of the season to the Florida Keys.

Not the best year for rookie quarterbacks

Five quarterbacks were picked in the opening round of the NFL draft. Only one quarterback, Mac Jones of the New England Patriots, has thrown more touchdowns than interceptions in his first 17 games as a full-time starter. In five games, including one start for San Francisco, Trey Lance, the third overall pick, had three touchdowns and only one interception.

Trevor Lawrence of Jacksonville threw three touchdowns in his debut game, but just six in the next 14. Zach Wilson hasn’t done much to persuade Jets fans that brighter days are ahead. Justin Fields of Chicago has had some memorable moments, but not to the extent that his fans had hoped.

Keep an eye on Houston’s Davis Mills (the 67th overall pick), who has thrown 12 touchdowns and nine interceptions in his career and has shown hints of progress in recent weeks. He might prevent the Texans from signing a quarterback in the first round next season.

Barring any unforeseen comebacks, Drew Brees, Philip Rivers, and Larry Fitzgerald all appear to be done for the 2020 season. While the first two are very likely to be enshrined into the Pro Football Hall of Fame later this decade, Rivers’ candidacy is far less assured.

Former Super Bowl MVP Julian Edelman, Maurkice Pouncey, a five-time All-Pro center, and legendary kicker Adam Vinatieri recently announced their retirements. Jason Witten, who had previously declared his retirement after the 2017 season before returning in 2019, has done so again.

The Pittsburgh Steelers’ Ben Roethlisberger is expected to lead the pack of players who will retire after the 2022 season.

Your Guide To The Four Golf Majors 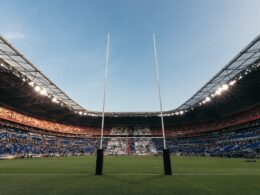 The 2021 NFL Draft offers a significant opportunity for football teams to make the right picks. These five…
byTLS Staff

The New England Patriots were recently the first NFL franchise to partner with crypto fan token providers, Socios, as the…
byTLS Staff